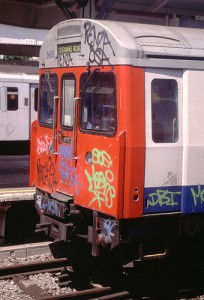 Vandalism charges in California can be pretty serious crimes.

Defined per California Penal Code 594 as, “every person who willfully commits malicious acts to any real or personal property which is not his or her own.”

Basically, if you deface or otherwise damage something that doesn’t belong to you, you’re committing vandalism. Some acts of vandalism are pretty apparent, such as keying cars, breaking windows or graffiti.

Others though, can be a little less obvious (especially when it’s committed in the spirit of a lighthearted prank), such as toilet papering someone’s house, or writing on their car with a bar of soap. While the damage in these cases may not be permanent, the defacement was willful and thus, a crime.

Vandalism as Either Misdemeanors or Felonies

Vandalism an be charged as a misdemeanor or a felony depending on the value of the damage that is caused.

The fact that vandalism is one of the small handful of crimes that can be charged as an infraction, misdemeanor or a felony means that the penalty will vary widely, depending on the charge and severity of the crime.

If someone you know or love has been arrested and charged with Vandalism in California, you probably have a lot of questions. Call us any time day or night and speak live with a licensed, local bail bondsman to get the process of their release started.

How to Get Started

The bail bond application process begins by calling us and speaking directly with a licensed bail bondsman. We will ask you a few questions to get the process started, such as the name of the defendant, their birth date and the time of arrest. It can often help to expedite the process if you have this information handy already. Once the inmate has been located and bail eligibility ascertained, the relevant forms will be filled out and your friend or loved one will be one step closer to release.

In an effort to make the bail bond process as easy and comfortable as possible, all of the forms can be filled out  by fax or email, at your convenience.

There are several options for release from jail available including: Own Recognizance (O.R.), Property Bond, Cash Bond and Citation Release. Own recognizance is when a person is allowed to leave custody after providing a written statement promising to appear for their appointed court date.

A property bond is when real estate or a house is attached in order to secure the bail bond. Cash bonds are exactly what they sound like: a full cash payment of the entire bond by the defendant in order to secure release. Lastly, citation release is when someone is released with the promise of returning for their appointed court date. Citation releases are typically relegated to minor crimes such as traffic infractions.

We accept major credit and debit cards including: Visa, Master Card, American Express and Discover. It is also possible to pay the cost of a bail bond with a business or personal check (upon prior approval), money order, wire transfer, or bank account transfer as payment for a bail bond.

Situations like this are more often than not, a total surprise. We at SCV Bail Bonds proudly offer several creative financing options in order to accommodate any budget. Money should never be an impediment to securing a friend or loved one’s release from jail, and by calling us you can be sure that it won’t.

This can be a difficult time, know that we are here 24/7 to answer any and all questions you may have about bail bonds for Vandalism Charges in California.