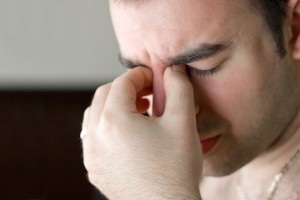 If you ask a staffer at a jail facility about someone who has been arrested, they may give you the penal codes and charge numbers, along with the level of the defendant’s alleged crime, such as: Felony, Misdemeanor or Infraction. Some arrestees can have more than one charge and one level. But what does this all mean?

Charges and criminal codes represent a variety of offenses. We at SCV Bail Bonds work with these codes and charges every day. One of our licensed bail agents can help you understand what they mean by calling 877-422-4591, 24 hours a day.

Infractions and petty offenses are not punished by jail time, but they can include fines or public service time. Minor crimes, like trespassing, not paying public transport fares, underage drinking, disturbing the peace, moving violations, all fall under the category of Infractions.

Sometimes a crime, such as a DUI, can carry a misdemeanor or a felony charge – it all depends on the circumstances and the degree of illegal action committed.

For example, if someone was injured, the DUI can turn into a felony and carry heavier charges. Some Police and Sheriff departments in California do not release defendants on their own recognizance or citation release, for a first time DUI.

Misdemeanors are more serious than petty offenses, but far less serious than a felony charge. Misdemeanor charges can generally result with impositions such as a heavier fines than a petty offense. Misdemeanors can may or may not impose a jail sentence which is not to exceed one year. Should a jail sentence be imposed, it will usually be served at a local, city or county jail, rather than in a state or federal prison (penitentiary) facility. Misdemeanors are lesser crimes which can carry a maximum punishment of fines and/or less than one year of imprisonment in a jail.

In states that have adopted three strikes laws, misdemeanors are generally not counted as “strikes” against the defendant. However, if a defendant has been previously convicted of two felonies, a new misdemeanor charge may be considered the “third strike” offense. Those who have been convicted of a misdemeanor can still vote, serve on a jury, and still practice in professions that require licensing. It is best to discuss all of the details of the misdemeanor charge with a qualified attorney.

Felonies are more serious crimes overall. Unlike misdemeanors, those convicted of a felony may serve their sentences in a state or federal prison, rather than at a local, city or county jail. The standard definition of a felony is; any crime punishable by more than one year in prison or by death for capital offenses, such as first-degree murder. Each state carries different punishments for felonies. Not all people charged with a felony will serve jail time.

If it’s a felony case and the defendant can’t afford to hire an attorney, a court-appointed lawyer will usually be guaranteed them. Additionally, whether or not the defendant must appear in front of a judge for different parts of the criminal justice process, will usually depend on whether or not they are being charged with a felony or other charge.

A felony charge can weigh over a person’s head for a long time and effect their lives on a daily basis. When someone is convicted of a felony, (versus someone convicted of a misdemeanor), their rights can be heavily restricted. This is also known as the term, collateral consequences.

As an example, in many jurisdictions, convicted felons may not be able serve on juries. Those charged with a felony may lose their right to vote or to practice in certain professions, such as becoming a teacher, lawyer or other vocation. Felons may also be prohibited from serving in the military or owning guns. Further, they may be required to register as an offender within their county, such as, sex offender, narcotics offender, etc.

A wobbler is known as a crime charge which could be either a felony or misdemeanor. Sometimes at sentencing, a charge which has started out as a felony, may be reduced to a misdemeanor, or for probation which has successfully been completed. It will depend upon the defendant’s criminal history and the facts of the individual case.

In understanding and applying the above information to your specific case, it is always best to contact a licensed, professional criminal attorney. Seek out your county’s bar association online or lawyer referral service to find a professional attorney close to you. Ask for professional references and always make sure they are currently licensed to practice in your state.

If someone you know has been arrested on an Infraction, Misdemeanor or Felony, please call an SCV Bail Bondsman right away. We can meet with you in person at your home, work or our office. We have experience dealing with these charges and we can work with you and your family 24 hours a day and on holidays. We’ll help you through it. Call us 24/7 at toll-free, nationwide 877-422-4591.