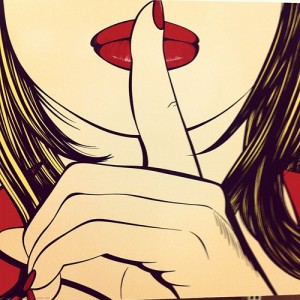 When two or more people agree to commit a crime and one of them commits an act in furtherance of that agreement.

Basically, this means that if two or more people plan out a crime and at least one of them attempts to commit it, then they can all be charged with conspiracy.

Members of a conspiracy are legally responsible for all crimes committed by co-conspirators leading up to the furtherance of the conspiracy. So, if two people conspire to steal the jewelry from an individual’s home, but are forced to break into the home, tie up the residents and then steal the jewelry, the conspirators will be legally responsible for breaking and entering, assault, and burglary as well as conspiracy.

It should be noted, though, that conspiracy to commit a crime and the actual crime are separate. It is not uncommon for a person to be convicted of conspiracy yet be acquitted of the underlying crime.

Misdemeanor conspiracy convictions often include a $10,000 fine and up to a year in county jail.

If you need more information on conspiracy charge bail bonds, call us at SCV Bail Bonds now. A bail bondsman stands ready to take your call and get you the answers that you seek. Call 877-422-4591.

Leave the Details to Us

Getting the bail bond process started is easy when you call SCV Bail Bonds. We will ask you a few short questions and explain everything you need to know including: fees, inmate charges and pertinent jail information.

Our easy bail process can be handled from the jail, our office, or even the privacy of your own home by phone or via fax or email. Most clients pay the bail bond fee with their credit or debit card due to its ease of use. We accept major credit/debit cards including: American Express, Visa, Master Card and Discover.

How Much Does Bail Cost?

SCV Bail Bonds is adept at producing creative financing solutions designed to fit every budget. We vow to work with you to make the process as quick and easy as possible. There are no extra fees or additional finance charges associate with your bail bond. If you choose to pay with cash, that is fine, or payment options can be arranged.

If someone you know or love has been arrested and charged with conspiracy, you’ve probably got a lot of questions. Luckily, you’re in the right place. Let SCV Bail Bonds’ expertise help you through this difficult time.

Call us today at 877-422-4591 for a free consultation or to get the bail bond process started immediately.