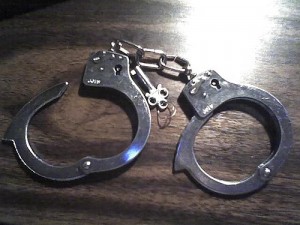 A Modesto, CA. bail bondsman awaits trial on allegations of holding clients against their will in an effort to extort additional payments from them.

As yet, no trial date has been set and Aleo John Pontillo must wait an additional two months to find out if he will stand trial or not.

A preliminary hearing has been concluded in which testimony was offered up against Pontillo, owner of AJ’s Bail Bonds, on charges of extortion, kidnapping and conspiracy to commit Grand Theft.

On March 4th, attorneys will return to the court room in order to give closing statements and the Judge will make his decision one month later on April 5th.

Prosecutors allege that Pontillo and Llorens would handcuff their clients in the office and threaten them for hours on end in an effort to elicit additional payments from them. Frank Carson, Pontillo’s defense attorney, defends his clients by stating that bail bondsmen have the right to detain clients who fail to meet their payment agreements.

Two of Pontillo’s employees, Janelle Marie Llorens and Mark David Davis are also being charged with conspiracy to commit Grant Theft and their preliminary trial began on February 25th. The preliminary hearing was put on hiatus in January so that Judge Scott Steffen could review documents that were submitted as evidence.

It’s all bad news when it comes down to these kinds of tactics in the bail industry. Acquiring a bail bond for a friend or loved one, and dealing with the legal system can be stressful enough, without having to worry about bad bail bondsmen and bad practices as well.

In the end, they all could be facing a lot of time in jail and major fines.