How The Bail Bond Process Works in California 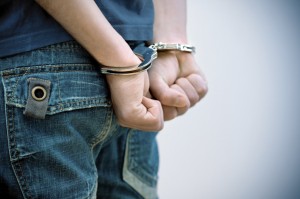 The Bail Bond Process in California

When you want to know more about how bail bonds work, it’s often best to start at the beginning. Below is a complete overview of how the bail bond process works in California, starting with an individual’s arrest and ending with their court obligations and exoneration of the bail bond.

When someone is arrested and taken into custody by law enforcement, their first stop is going to be the closest sheriff or police station. Once an arrestee has arrived, he or she will go through the procedure known as booking and processing.

This process is where fingerprints and photographs are taken and a background check is conducted.  It can take from 2 to 8 hours or more to complete. Once finished, bail is set pursuant to the California Bail Schedule in the county where the person was arrested.

The Bail Schedule is used by a panel of judges who dictate bail amounts for  various crimes. This allows the jail to set bail for an inmate without first having to see a judge.

Once bail has been set, and they are allowed bail, an inmate can either post bail to get out of jail before their trial, or they can simply wait in custody until their trial date. Since this article is about the bail bond process, we are going to assume you’re interested in bailing someone out of jail, not allowing them to wait in police custody.

3. Call a Bail Bondsman to Get the Bail Process Started

The first thing you should do is to call and speak with a licensed, professional bail bondsman. He or she will ask you a few quick questions pertaining to the inmate and their arrest, and the process is officially begun!

4. *Fill out the Bail Application and Contract

Using the information attained from you by the bail bondsman, a bail application and contract will be drawn up. It isn’t a very long document and can easily be completed via fax or email if you are unable to meet with the bail bondsman face to face.

Once the necessary paperwork has been filled out and payment has been arranged, a bail bondsman will be sent to the jail to post the bond. Bail bonds can be posted at jails in California 24 hours a day, 7 days a week. So, no matter when you decide to begin the bail bond process, your friend or loved one will not have to wait for the jail’s business hours in order to be released.

5. Understanding The Cost of a Bail Bond

Now that you know how the bail process works, you’re probably wondering how much a bail bond costs. The total bail amount will vary depending on the number and severity of the crime(s) that an individual is charged with.

6. Defendant is Released on Bail

The signer of the bail bond (indemnitor) now assumes financial responsibly for ensuring that the defendant appear in court at each appointed date(s). They should check on the defendant and make sure they fulfill all court dates.

As such, should the defendant fail to meet all of their court obligations, the signer would be required to pay the court the full face amount of bail, whatever the cost may be. Because of this, it is important that the signer only bail out someone that they trust completely.

8. The Bail Bond is Exonerated

Once a defendant has satisfied all of their court obligations, the judge will declare the bail “exonerated.” This means that the court no longer has any financial interest in the defendant and the indemnitor, and neither is financially responsible for anything having to do with that particular case anymore.

It is important to note that, rulings of guilt or innocence as a result of a trial will have no effect on whether or not the bail is exonerated at the conclusion of the court hearings. What matters is that the defendant shows up at the appointed date and time.