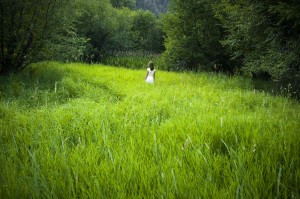 If you or someone close to you is arrested on a Domestic Violence charge, please call SCV Bail Bonds 24/7, weekends and holidays.

This can be a serious charge, but it is also one we’ve had a lot of experience with and we can help you through it.

There are several situations in which the State of California can convict any person of Domestic Violence. First, we’ll explain what constitutes Domestic Violence and then we’ll break down these charges:

Did you know it’s illegal to commit an assault, or issue a criminal threat against anyone?

It does not matter if that person is a fiancé, spouse, friend, lifetime partner, a child or parent, someone you’ve been dating or someone you’ve just met –- this can be a serious charge, which can carry a hefty bail cost as high as $50,000.

Often times, if the other person involved has been seriously hurt, bail may not even an option. It is very common for an arrestee, if convicted, to receive jail time for domestic abuse even if this is their first-offense or their case is considered a misdemeanor.

There are four primary categories of domestic violence charges. California laws are based on these four different statutes:

Domestic Battery: This says it is a misdemeanor to inflict force or violence on an intimate partner, like a fiancé, cohabitant, the parent of a child, or a current or former spouse, or dating partner. Unlike Penal Code 273.5, this Domestic Violence charge does not require a visible injury.

Corporal Injury to a Spouse or Cohabitant: This says that it is illegal to strike an intimate partner in a violent way that causes a visible injury, even a slight one, like swelling or a bruise. This DV law is put into play if the alleged victim is a current or former spouse, cohabitant, or the parent of a child.

Criminal Threats: Which says it is illegal to threaten someone with harm if (1) the intent is to make that person afraid and (2) they are kept living in sustained fear thanks to constant threats and harassment.

Harassment: Which says it is unlawful for any person to willfully, maliciously, and repeatedly follow or harass another person and who makes a credible threat with the intent to place that person in reasonable fear for his or her safety, or the safety of their immediate family.

Other Charges That are Placed within the Domestic Violence Category

Child Abuse: Which says it is a crime to inflict any type of “corporal punishment or injury” on a child that was cruel and abusive, and that resulted in an injury, however slight.

Child Endangerment: Which says that you cannot let a child (in your care or custody) to suffer harm or to have his/her safety or health endangered.

Elder Abuse: Which says that any kind of physical or emotional abuse, neglect, endangerment or financial fraud perpetrated against a victim, 65 years old or older, will result in the perpetrator being arrested –- even if he/she is the senior citizen’s relation or caregiver.

Even Those Who Are Innocent Can Be Accused and Arrested

Law enforcement does not make any distinctions. When police arrive at the scene of a domestic disturbance not knowing what to expect, their main objective is to calm everyone down, make an arrest if necessary and then leave it to the courts and lawyers to sort out the situation. Very often, males are automatically arrested though they may not be the primary aggressor.

Unfortunately, innocent people may be accused of domestic violence. Accusers can lie to police out of anger or jealousy, or use the charge as a threat to gain a position of power. California domestic violence laws make it illegal to use physical force, or to verbally threaten harm — against an intimate partner.

Sometimes what appears to be a case of domestic violence is really an accident, or the arrestee was forced to defend him or herself in a mutual struggle.  (Stressful situations like divorce, child custody or assault can escalate into a domestic violence case.)

At SCV Bail Bonds, we are not here to judge — we are here to help.

The penalty, punishment and sentencing for domestic violence arrests depend on how serious the victim’s injuries are and any prior criminal record the arrestee might have.

Most counties impose a minimum of 30 days in jail — even for first-time misdemeanor convictions.  Plus, a judge will order anyone convicted of this crime to go to a 52-week domestic batterers’ class.

This charge may also go on a defendant’s permanent criminal record, which means it can surface anytime a routine background check is performed.

California domestic violence laws are an especially serious problem for people who are not United States citizens. In many of these cases, if an arrestee is convicted, he/she may face deportation.

If a person is applying for citizenship, this type of criminal conviction may cause them to lose their right to remain in the U.S.A.  Please let us know if this is your situation.

SCV Bail Bonds Explains:  The Difference Between Assault And Battery

Although many people think that “assault and battery” is one crime, or that “assault” and “battery” mean the exact same thing, neither is true. Assault and Battery hold very different meanings.

One type of “assault” falls under California Penal Code 240 — During this type of assault, the perpetrator performs an act that is likely to result in the application of force.  The assault doesn’t have to result in a violent or forceful act upon another — if the act itself attempted, it is enough.

Battery takes place when a person actually uses force or violence against another person.  Unlike an assault, it isn’t just an attempt to inflict harm – the perpetrator succeeded in harming the victim.

The best way to distinguish between both crimes is this:

An assault doesn’t necessarily involve any actual physical contact — a battery does.  An assault is ‘attempted battery’ and a battery is a ‘completed assault’.

Some additional examples of battery are:

California Penal Code 242 — When one person uses force or violence upon another.That person can be convicted of battery even if they don’t harm or injure their victim – all they have to do is make some type of unwanted physical contact.  The slightest touch is considered battery if it is done in an angry or offensive way, like spitting or groping a victim.

Penal Code 243(d) — If the battered person is seriously hurt, the criminal case may be prosecuted under this charge.  The a battery would have caused serious bodily injury. This is also called an aggravated battery.

Penal Code 243 — Occurs when the battered person is a police officer, or other civil servant. This offense may be filed as either a misdemeanor or a felony, regardless of whether a serious bodily injury was inflicted. Defendants face a greater prison sentence and higher fines.

For additional information, you can also reference our Bail FAQ’s page for Domestic Violence bail bond information or call us toll-free, 24 hours a day, at 877-422-4591.