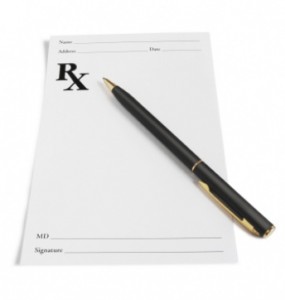 If someone that you know or love has been arrested on Forgery charges, give SCV Bail Bonds a call right away. We have years of experience in the bail bond industry dealing with a variety of charges and can help get your friend or loved one released from custody as quickly as possible.

For Immediate information regarding forgery charge bail bonds, contact us 24/7 toll-free at 877-422-4591. We are capable of servicing bail bonds anywhere in the state of California.

Forgery is defined under California Penal Code PC 470 as knowingly doing any of the following:

Clearly, “forgery” has a broader definition than simply signing someone else’s name. You could essentially sum it up by saying that forgery is creating a new, false document for your own personal benefit and/or gain.

However, it should be noted that the act of simply creating one of these documents, or signing someone’s name does not necessarily mean that one is guilty of forgery. The creation of the document would have to be done with the intention of using it to commit a fraud.

Some common examples of forgery include:

In the state of California, forgery is known as a “wobbler,” this means that it can be charged as either a misdemeanor or a felony, depending on the circumstances of the crime and the defendant’s criminal history. The maximum sentence for misdemeanor forgery is 1 year in jail and felony forgery is 3 years.

For misdemeanor convictions, along with the maximum sentence of 1 year in jail, individuals convicted can also face fines up to $1,000, informal probation and restitution to any victims.

Felony convictions can carry a much harsher sentence, including up to 3 years in state prison, a fine of up to $10,000, informal or formal probation and restitution to any victims.

All 3 examples can only be prosecuted as fraud if they are put into action with the intent to defraud, like forgery itself.

Bailing someone out is probably a lot easier than you think. The first step is to call and speak with a licensed bail bondsman about your situation. We will be happy to answer any questions you may have as well as get the bail bond process begun as quickly as possible.

All we need is a little information from you, such as the full name of the defendant, their birth date and the date and time of arrest. Once we have located them and verified their eligibility for bail, there will be a few quick forms to sign and that’s it!

We accept major credit/debit cards including: Visa, Master Card, American Express and Discover. We also accept cash, check (business or personal), money orders, money wire and bank account transfer. If you’d like to finance your bail bond, we have a variety of payment plans designed to fit most any budget.

Call SCV Bail Bonds any time of day or night if someone you know or love has been arrested on forgery charges. You will immediately speak with a live bail bondsman who can answer all of your questions and get the bail bond application process started right away. We can be reached toll-free at 877-422-4591.