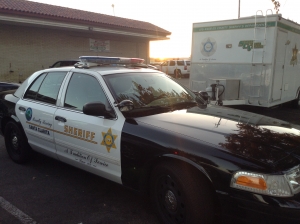 Did you find this page today because someone you know, a friend or loved one perhaps, has been arrested and taken into custody in the Santa Clarita Valley on DUI Charges? If so, you’ve come to the right place.

A fully licensed, bondsman on our staff who specializes in DUI bail bonds in Santa Clarita is available 24 hours a day, 7 days a week to answer any and all questions you may have.

We work closely with our community and are available to come to your home, office, the jail, or you can meet with us at our convenient, comfortable office located directly across the street from the Santa Clarita Station Jail.

We are always available to help get your friend or loved one out of the Santa Clarita Station jail quickly and efficiently.

DUI charges, or “driving under the influence” is covered under two separate California Vehicle Code Sections:

Penalties for DUI charges vary depending on the defendant’s past criminal history regarding DUI’s. Typically, a first, second, and third DUI charge are filed as misdemeanors. A fourth DUI charge (or 5th, 6th, etc.) within a 10-year period can be charged as felony drunk driving. Also, if an individual is injured or killed as a result of the DUI charge, regardless of whether it is a defendant’s first or not, can also cause the charge to be upgraded to a felony.

Misdemeanor penalties for DUI charges include one or more of the following:

Felony drunk driving, the penalties include: 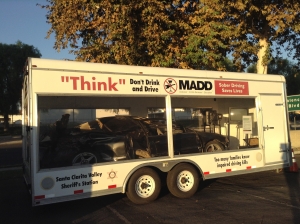 DUI charges in Santa Clarita are relatively common, and our staff has years of experience working with both the Santa Clarita Sheriff’s Station and court system.

What Happens When Someone is Arrested in Santa Clarita for DUI?

When an individual is arrested on DUI charges in Santa Clarita, they will be taken to the SCV Sheriff Station for booking and processing.

The station is staffed by over 200 sworn officers, and has a jail that can temporarily hold up to 40 inmates. When the jail becomes overcrowded, inmates will be transferred to one of the larger jails in downtown Los Angeles.

Those transferred from Santa Clarita are typically sent to Twin Towers Correctional Facility (for male inmates) or the Lynwood Jail (for female inmates). When transfer occurs, the inmate will need to go through the processing procedure at the larger, much busier facility and will likely spend an additional 24 hours (if not longer) in custody. When the bail bond application process is begun quickly, however, this transfer can often times be avoided altogether.

It’s possible to bail out an inmate arrested on DUI charges in Santa Clarita right from the Santa Clarita Courthouse, if the bail bond process is started quickly enough. Once an inmate has been arraigned in the SCV, they will be transferred to one of the county jails mentioned above to await their court date(s).

Finding out that a friend or loved one has been arrested on DUI charges in the SCV can be stressful, to say the least. When you call and speak to one of our friendly, knowledgeable bail bondsmen, we will be happy to answer any and all questions you may have to help put your mind at ease.

Once we’ve answered any questions, we will likely have a few also. As such, having the full name, birth date, and date and time of the defendant’s arrest available before you call can help to expedite the process. However, if not all of this information is immediately available, we can still help you quickly.

Once we’ve located your friend or loved one within the system, we will verify his or her eligibility for bail and have you fill out and sign the bail bond application forms and indemnitor agreement. Our forms are very straight forward and simple, but if you’d like, we’re happy to walk you through them step-by-step. As a matter of convenience, you don’t even need to meet with us in order to complete the bail bond process – it can be completed via fax or email from wherever you feel most comfortable.

Will My Friend or Loved One Be Released on O.R?

For first time DUI charges, there are generally no long-term jail time consequences. As such, the defendant will not usually require a bail bond to be released. The defendant will usually be released on O.R., (own recognizance). That is, if there were no prior convictions, no injuries or accidents, no children were in the vehicle, etc. However, the arrestee may have to “sober up” in jail for a bit, before they are released.

The Cost of a Bail Bond

If bail is set at $100,000, then the cost of a bail bond should be no more than $10,000. We include no additional fees or interest, regardless of whether you choose to pay the full amount outright or if you select one of our flexible financing options.