Violent Crimes are on the Rise in the USA

Violent Crimes are on the Rise in the USA 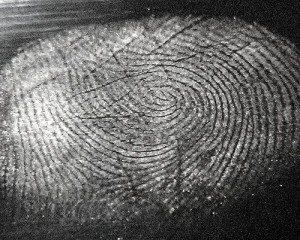 According to 2011 crime statistics, for the first time in the past 20 years, violent crimes are on the rise in the USA.

While there have been a slew of mass shootings that have taken place across the country, the most famous of which being the movie theater shooting in Aurora, Colorado, the U.S. Bureau of Justice Statistics says that the rise in crime was due to an increase in simple assaults.

Simple assault is defined as the threat of bodily harm coupled with the apparent. present ability to cause the harm.

What this means is that, while violent crime is up, it isn’t necessarily due to an increase in shootings, murder, or anything that one should be too worried about.

It is important to note though, that the increase in violent crimes in 2011 is being compared to historically low levels in 2010.

According to Northeastern University Criminology professor James Alan Fox, while 2011 had more instances of violent crimes than 2010, it was actually the second best year in recent history. Violent crime, as a whole, has fallen 65 percent since 1993.

In May of last year, crime reports indicated that while the overall crime rate did drop, the rate of decrease was slowed by 50 percent during the second half of the year. Not only that, but the reduction rate of violent crimes has been slowing year by year as well, leading some experts to think that the years of a declining crime rate may be coming to an end.

So what could possibly be causing the sudden increase in violent crimes across the country? There’s no doubt that with a high unemployment rate and insufficient income, people have the tendency to make rash decisions, paired with a sudden lack of common sense.

Getting the economy back on track could help setting things down, but as time goes on and our population increases, more violent crimes will likely be committed as well.

By ryan|October 22nd, 2012|National Headlines|Comments Off on Violent Crimes are on the Rise in the USA